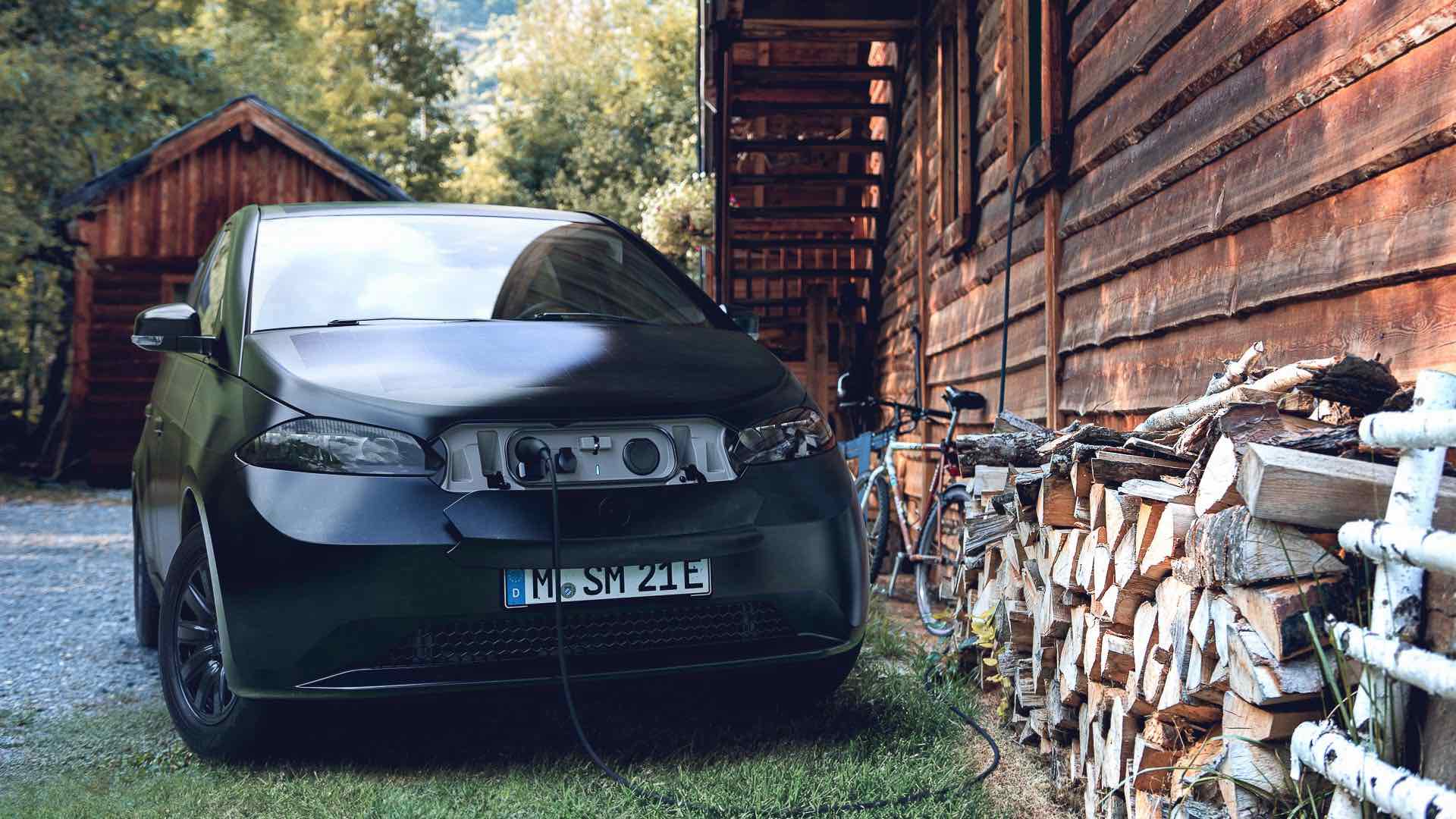 Here we go, folks! So this is the car that charges itself: The green tech car specialist Sono Motors has presented the final design of the electric compact car Sion – incl. 456 solar cells on the body.

According to the manufacturer, production of the Eco-Mobile should start in the second half of 2023. The compact electric car has 456 solar cells on the body. The company announced at the premiere in Munich that it should cost around 30,000 euros.

Refreshed design and moss behind glass

It also differs from the Dutch Lightyear Zero, which wants to start series production of solar technology at the turn of the year, but will cost around 300,000 euros . On the way to series release, Sono smoothed out the design a bit, selected new headlights and taillights and cleaned up the interior.

However, the moss decor behind glass on the dashboard remains a clearly visible sign of the green orientation. According to the manufacturer, the treated moss should ensure a good indoor climate. It is therefore downstream of a commercially available air filter and should be replaced at the same time as this.

Range of over 300 kilometers plus solar power

The Sion drives with a 120 kW/163 hp engine and reaches a maximum speed of 140 km/h. The battery has a capacity of 54 kWh and should enable a range of 305 kilometers. According to Sono Motors, the solar cells provide electricity for an average of 112 and at best 245 kilometers per week so that customers can get even further.